As unlikely as it might initially seem, Willie Nelson's pretty much a shoo-on for induction into the Rock & Roll Hall of Fame. On Wednesday, we learned he's one of this year's nominees.

"Really, if you think about it, he and Waylon [Jennings] created outlaw country. What is that?" Jason Hanley from the Rock Hall asks. "That's country that looks to rock 'n' roll as an influence. So it's almost like country helped birth rock 'n' roll. And then Willie and the gang looked back at rock 'n' roll and said, 'We need to bring that spirit back into country.' And that's what you get."

Hanley also points to Willie's collaborations with the likes of Snoop Dogg, Sheryl Crow, and Ray Charles as another reason he's worthy of the hallowed ranks.

"He's been an artist who hasn't stayed in his own lane, and has never been about that," Hanley tells ABC Audio. "He wants to break out. In many ways, I think he maybe is the one of the most kind of rock 'n' roll country artists you're gonna get."

You can weigh in now online.The inductees will be announced in May, with the ceremony itself set to take place in the fall.

More tickets have just been released for the February 19 tribute to comedian Leslie Jordan at the Grand Ole Opry House, according to Ashley McBryde, who's just one of the artists set to participate.

Clay Walker's set to kick off his 2023 Country Side Tour February 1 in Clearwater, Florida.

Michael Ray's busy working on new music as he gets ready to hit the road in 2023.

He'll launch his new tour February 18 in Los Fresnos, Texas, on the heels of being in the studio with producer Michael Knox, who's best known for his work with Jason Aldean.

“My romance with the business of music was starting to take its toll on me,” Michael Ray confesses. “Things really come into focus when you take the time to live a little life."

He finds that's making a difference both in the studio and onstage.

“The main things that have kept me going this year is my family, friends, and these incredible fans that have become friends,” he reflects. “I think they’ll see a lot of life lived in these songs, and hopefully they’ll see themselves in it, too.”

The first taste of Michael's follow-up to 2021's Higher Education should arrive sometime this spring.

Chris Janson's now officially a spokesmodel. He's not hawking a product, however, he's speaking out for perhaps his favorite cause: protecting the outdoors.

The Missouri native is the new face of the Tennessee Department of Transportation's litter prevention campaign, known as Nobody Trashes Tennessee. Chris has made the Volunteer State his home since 2004.

"One of my greatest conservation goals is getting kids out of their houses, off their devices and into the great outdoors," he says. "Litter on our roads, waterways and woods affects their ability to enjoy nature."

"It affects all Tennesseans and endangers wildlife," he continues. "I want to do my part to ensure our state’s natural resources are thriving for future generations and I am excited to ... work together towards a litter-free state.”

Tennesseans and those passing through should soon start to see Chris in outdoor advertising, public service announcements and more. Find out more at NobodyTrashesTennessee.com.

Kacey Musgraves will perform "Coal Miner's Daughter" in honor of Loretta Lynn during Sunday night's Grammys. The country icon passed away peacefully at her Tennessee home last October at the age of 90.

Kacey's just one part of an expanded In Memoriam segment on this year's show. Sheryl Crow, Bonnie Raitt and Mick Fleetwood will remember Fleetwood Mac's Christine McVie with "Songbird." Maverick City Music and Quavo will perform "Without You" for rapper Takeoff.

Just days after her new album, Queen of Me, comes out on Friday, Shania Twain will be a presenter at this Sunday's Grammys.

So far, Luke Combs is the only country artist confirmed to perform, though more announcements are expected in the coming days.

You can tune in to watch the 65th annual Grammy Awards, hosted by Trevor Noah, live from LA's Crypto.com Arena Sunday at 8 p.m. ET on CBS.

He's the latest country artist up for induction into the Hall this year, alongside Nashville resident — and frequent country collaborator — Sheryl Crow. Rockers The White Stripes, which include Loretta Lynn's Van Lear Rose cohort Jack White, could also make it in this year.

February 1 through April 28, you can cast your vote online, with the winners to be announced in May. The annual induction takes place in the fall.

If you can't make it out to see Cody Johnson in concert, that's OK, he can come to you — sort of.

You see, the prison guard turned rodeo cowboy turned country star has just put together an epic, two-disc live set that showcases what he does on the road.

"We've been trying for years to capture the live energy in the studio," he tells ABC Audio. "And I felt like we did a pretty good job of it on ''Til You Can't.' It has that vibe, but it just doesn't replace recording an actual live album."

Cody's career-changing song is included in the live set, as is his current hit, "Human."

"We recorded six shows," he explains. "You know, some nights the wind would hit the microphone wrong or the guitar amp was a little jacked up. So we just tried to take the best takes from six nights, keep the editing down to a minimum and make it a true live album."

Cody Johnson & the Rockin' CJB Live is out now and also features his previous hits, "On My Way to You" and "Dear Rodeo."

Both Dolly Parton's classic "Hard Candy Christmas" and her more recent collab "Faith" with Galantis and Mr. Probz have been certified Gold by the Recording Industry Association of America.

You can check out Tyler Hubbard's birthday-morning performance of his latest hit, "Dancin' in the Country," Tuesday on ABC's GMA.

Carrie Underwood's giving fans a close look at "the molecule" as she gets ready to launch the second leg of her Denim & Rhinestones Tour.

"The molecule" is Carrie's nickname for the orb that levitates her over the crowd for some Pink-level acrobatics during the song "Crazy Angels."

"I'm excited to have learned new tricks here," she teases, as she shows off the complicated piece of gear in a short video on her socials.

Carrie's tour with Jimmie Allen launches Thursday in Miami and keeps rolling until March 17 in Seattle.

It's been a big week for HARDY, whose sophomore album just made an impressive debut at #4 on the all-genre Billboard 200 album chart.

HARDY's second record does have a bit of an edge when it comes to expanding his horizons: it's half country and half rock, so it qualifies for some charts that a straight-up Nashville album ordinarily wouldn't.

“It's just beyond every expectation that we ever had,” he says. “To have the #1 album in both country and rock at the same time is so crazy and validating. I'm grateful to country and rock radio, our partners, everyone for embracing these songs and this record. Most of all, thank you to the fans for getting it and responding like this, it means the world to me."

Meanwhile, HARDY's country single "Wait in the Truck" with Lainey Wilson just broke into the top 10.

The cover of Morgan Wallen's new album shows him standing outside his late grandmother's house in his hometown of Sneedville, Tennessee.

“My Mamaw Boots helped raise me," he explains. "I had such a special bond with her, so I wanted to honor her with this new record.”

Morgan also showcases some of his other influences on One Thing at a Time, which arrives March 3: he works The Allman Brothers' "Midnight Rider" into the track "Everything I Love" and samples Young Thug's "Lifestyle" on "180 (Lifestyle)."

Quite a few cuts from the gargantuan 36-song album are already out: "Last Night," "Everything I Love" and "I Wrote the Book" came out Monday. The record also includes Morgan's chart-topping "You Proof," as well as his top-five "Thought You Should Know."

Their name already includes the word run, so who better to play for a marathon than Runaway June?

The "Buy My Own Drinks" hitmakers will be the post-race entertainment Saturday, April 22, after the St. Jude Rock 'n' Roll Running Series Nashville. The music will go from 10:30 a.m. CT until noon just outside Music City's Nissan Stadium.

Right now, the future location of Garth Brooks' Friends in Low Places honky-tonk is simply a souvenir shop that sells memorabilia from the superstar and his wife, Trisha Yearwood. But the kitchen seems to be getting closer to opening, he shared on Monday night's edition of Inside Studio G.

“Get ready! The first round of menus came out just last week," Garth revealed. "The whole eatin’ thing’s what it’s all about! Got a lot of good options.”

He also reminded folks to bring their good vibes when they come visit the spot along the famous Nashville strip known as Lower Broadway.

If you want to be among the first to know what's happening with Garth's new Music City honky-tonk, you can sign up for updates at FriendsBarNashville.com.

"It Matters to Her" is Scotty McCreery's sixth top 25 hit in a row. In fact, his five previous hits have all topped the chart, starting with 2017's "Five More Minutes."

But this one in particular is a nod to his wife, Gabi, whom he married in 2018. Last October, the couple welcomed their first child, a son named Avery.

"This was a song that I loved writing, and I love the message behind it," Scotty says of the latest single from his album Same Truck. "And when I first got the demo back, I was in the gym."

"And I typically have a playlist going for the gym," he continues, "but I just listened to this one on repeat for like 20 times before I was done. I was like, 'Man, I really love it. Gotta get it on the record!'"

As you might expect, Mrs. McCreery is a fan of the song, too.

"I played it for Gabi and she loved it, as well," Scotty recalls. "She particularly liked one line and that was the 'shut up and listen to what she has to say' line. She was like, 'Now that's a winner right there!' So she did love the song for sure."

Scotty's currently on the Damn Strait Tour, named for his previous #1. Later this year, he hits the road with Brooks & Dunn on the Reboot trek. 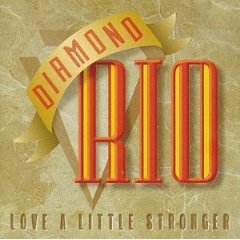 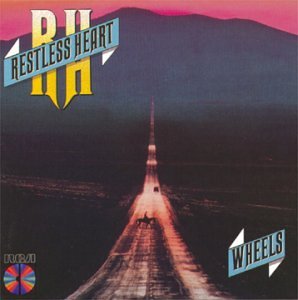